The Kennedy Hunt, P.C., III filed suit in St. Louis County on behalf of our client, a former janitor of Machinist District No. 9.  The lawsuit alleges violations of the Missouri Minimum Wage Law, Missouri common law, and wrongful termination. The petition is available here.

The lawsuit alleges that our client often worked in excess of forty hours per week,  but did not receive overtime pay. During his employment, our client often asked about receiving overtime pay,  but his supervisors denied him every time he asked. The lawsuit alleges that by denying our client overtime pay, Machinist District No. 9 violated the Missouri Minimum Wage Law.  Under the Missouri Minimum Wage Law, employees must be paid at least minimum wage for all hours worked in each workweek, and also must be compensated at a rate of not less than one and a half (1 ½) times the regular rate of pay for any hours worked in excess of forty in a workweek.

Because our client was not paid for work he performed that benefited Machinist District No. 9, the lawsuit also alleges violations of Missouri common law under quantum meruit and unjust enrichment.

The lawsuit also alleges that the Defendant fired our client in retaliation for pursuing a workers compensation claim, in violation of Missouri Law. Our client sustained several serious injuries while working for Machinist District No. 9 and was fired immediately after he sought medical attention for those injuries. Under Missouri Law, it is wrongful for an employer to terminate an employee for exercising their workers compensation rights. 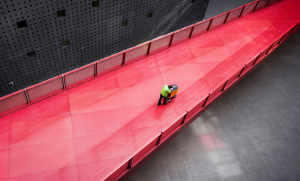