The Plaintiff was initially rejected from admission into the Nurse Anesthetist Program in 2012. The lawsuit alleges that the Plaintiff was told by various sources familiar with the program, including a current student, that she was rejected from the Program due to her age as she was “too old.” 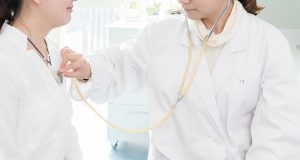 The Plaintiff was explicitly told by a CNRA who was reviewing her work with the Program that older students, like the Plaintiff, faced much more opposition from the University.

After several years of difficulty and opposition from SIUE, Plaintiff was voted to be terminated from the program in 2015. She now seeks reinstatement into the program.

More on this lawsuit can be read in a recent article published by the Belleville News Democrat, published in the summer of 2017, available to read here.